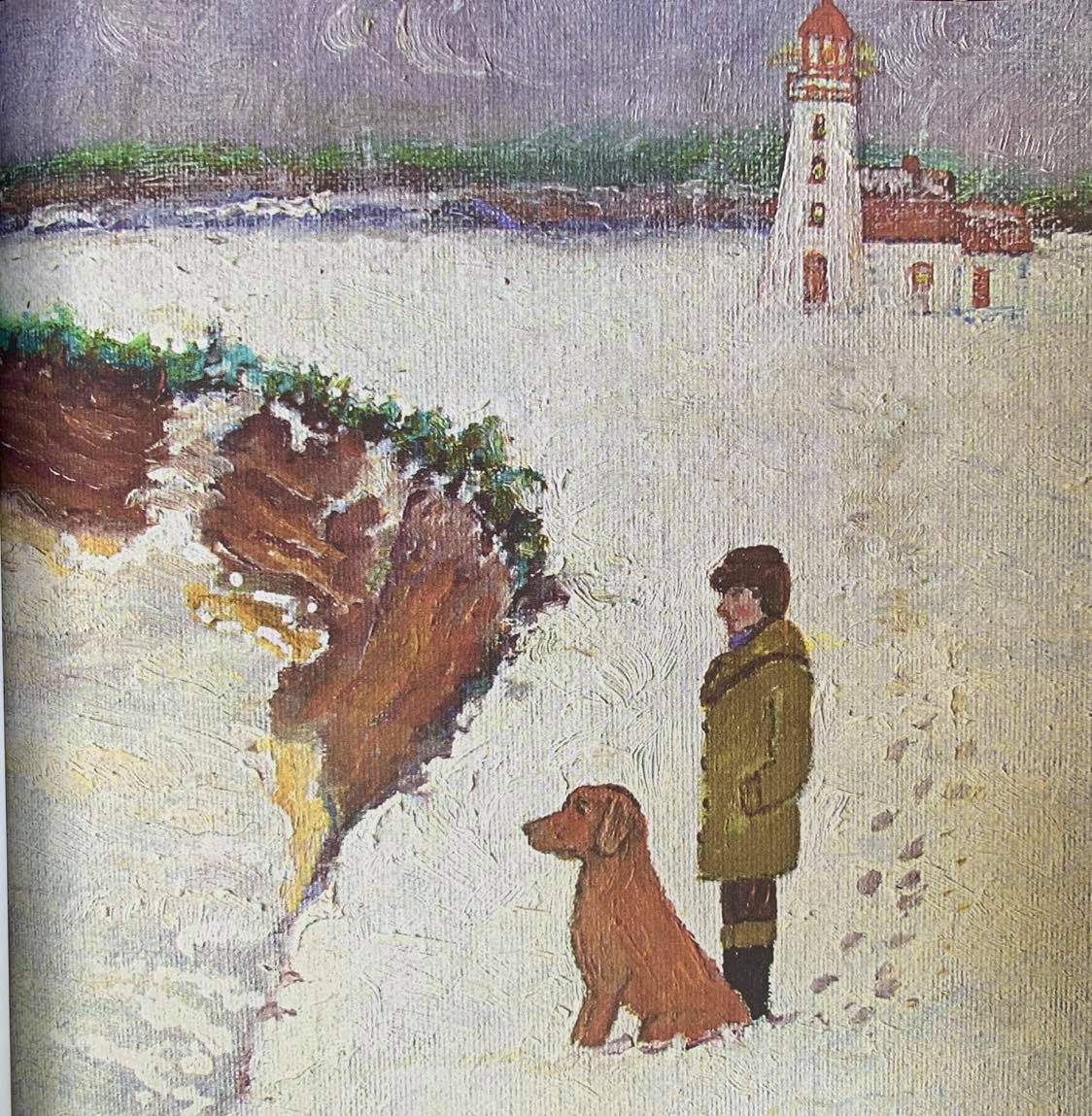 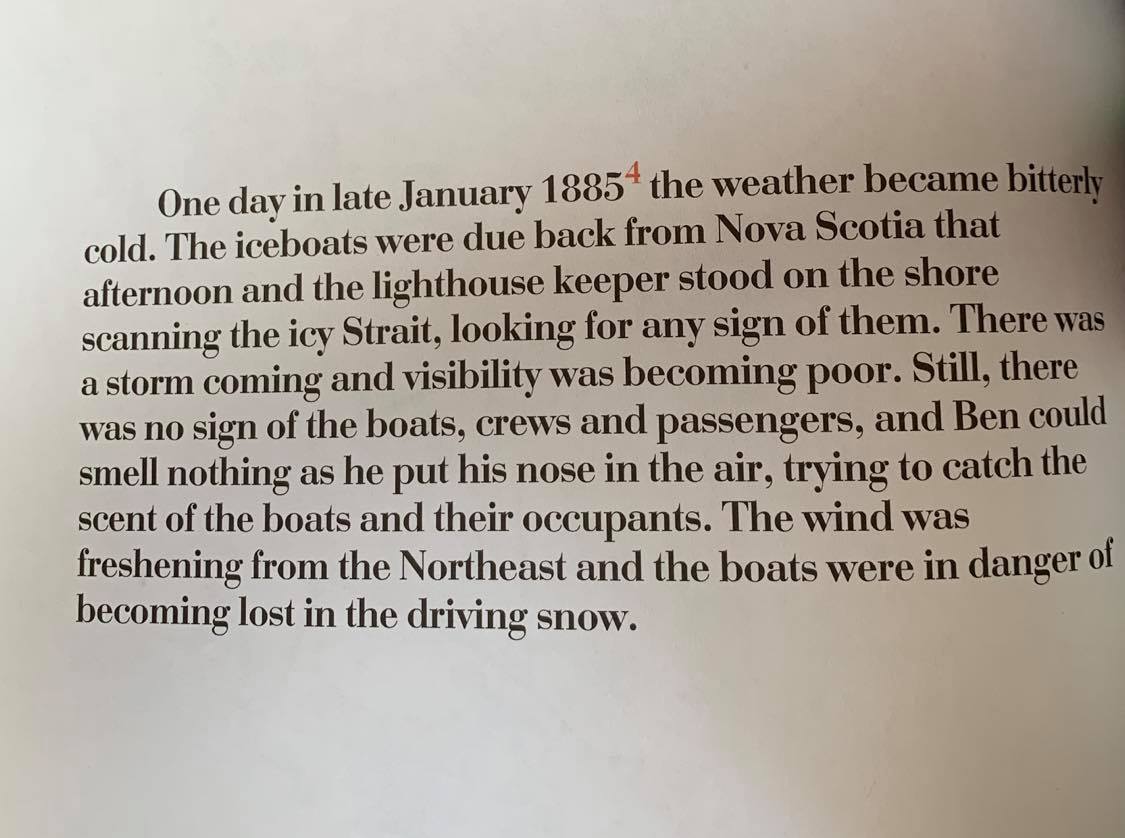 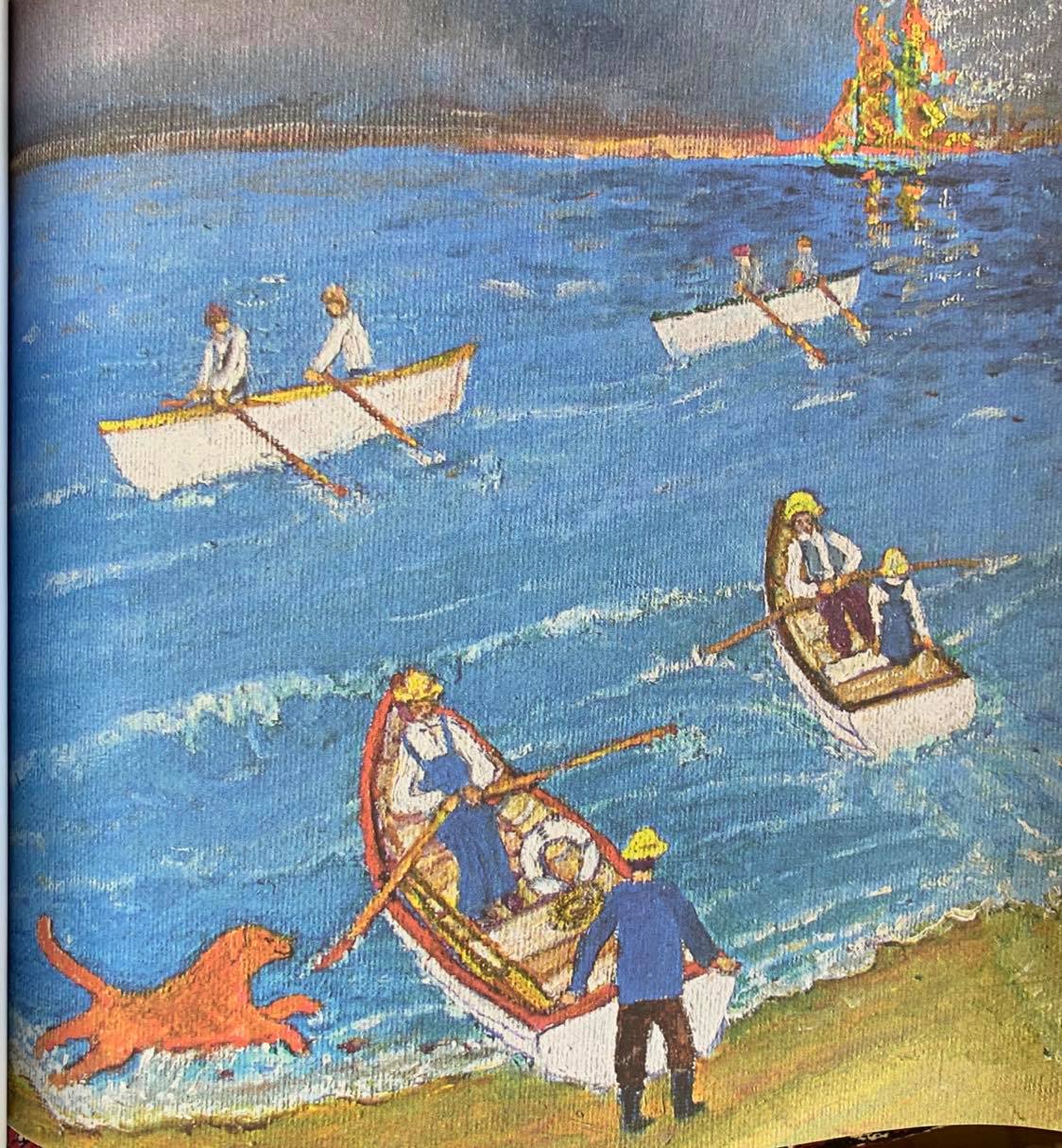 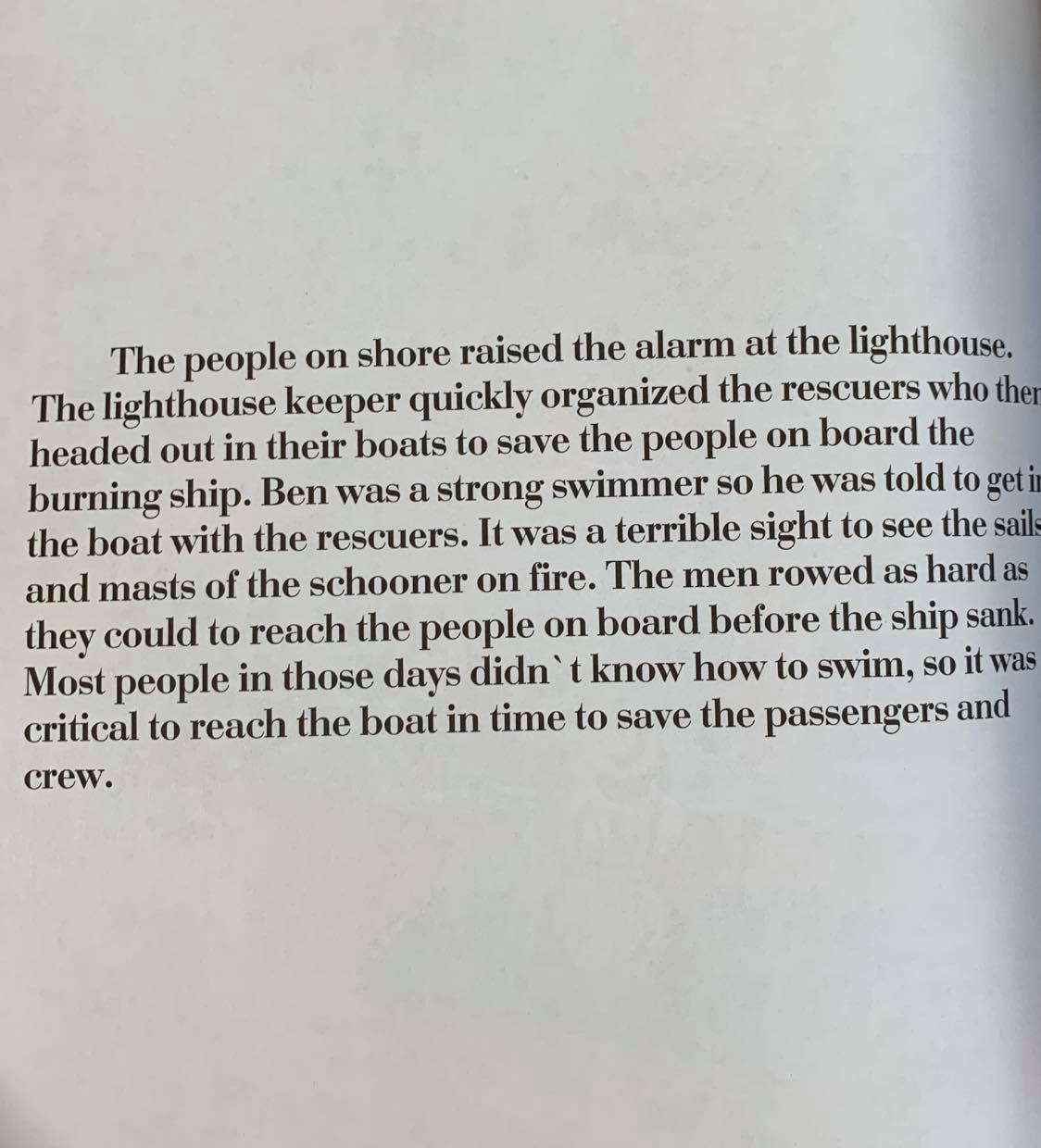 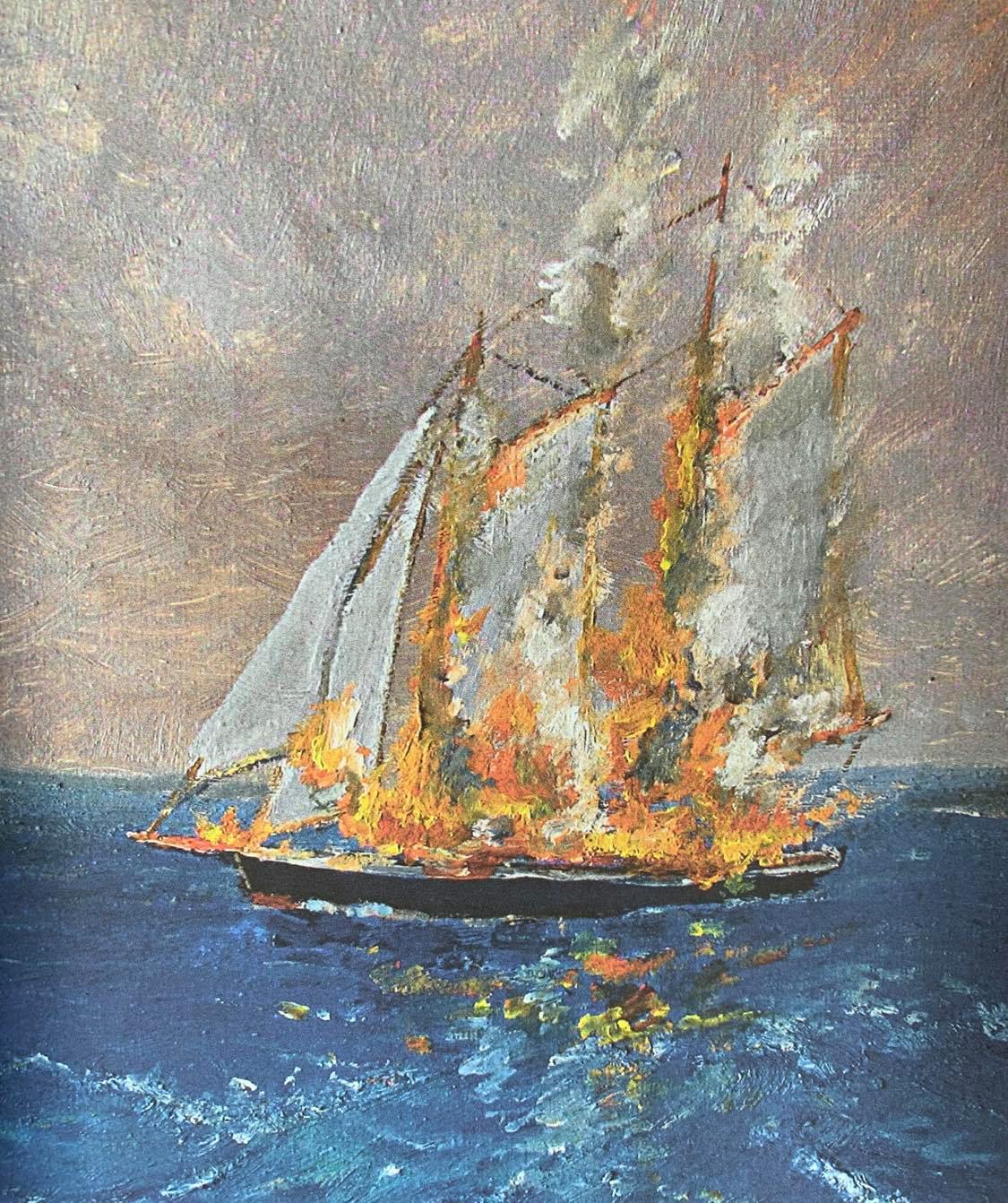 Ben of the Island: Iceboats and Phantom Ship

In the winter of 1885 there was a great storm. Three ice boats, returning over the Northumberland Strait from Nova Scotia, were lost in the gale. Ben, the great Chesapeake Bay Retriever was sent out with the rescuers to find the passengers and crews.
As hope waned, Ben finally found the survivors, led the rescuers to them and all were saved.
During the following summer, Ben also witnessed the Phantom ship as it burned in the Northumberland Strait. He was confused as it disappeared without a trace.
Buy This Book - $15.00 (including shipping)